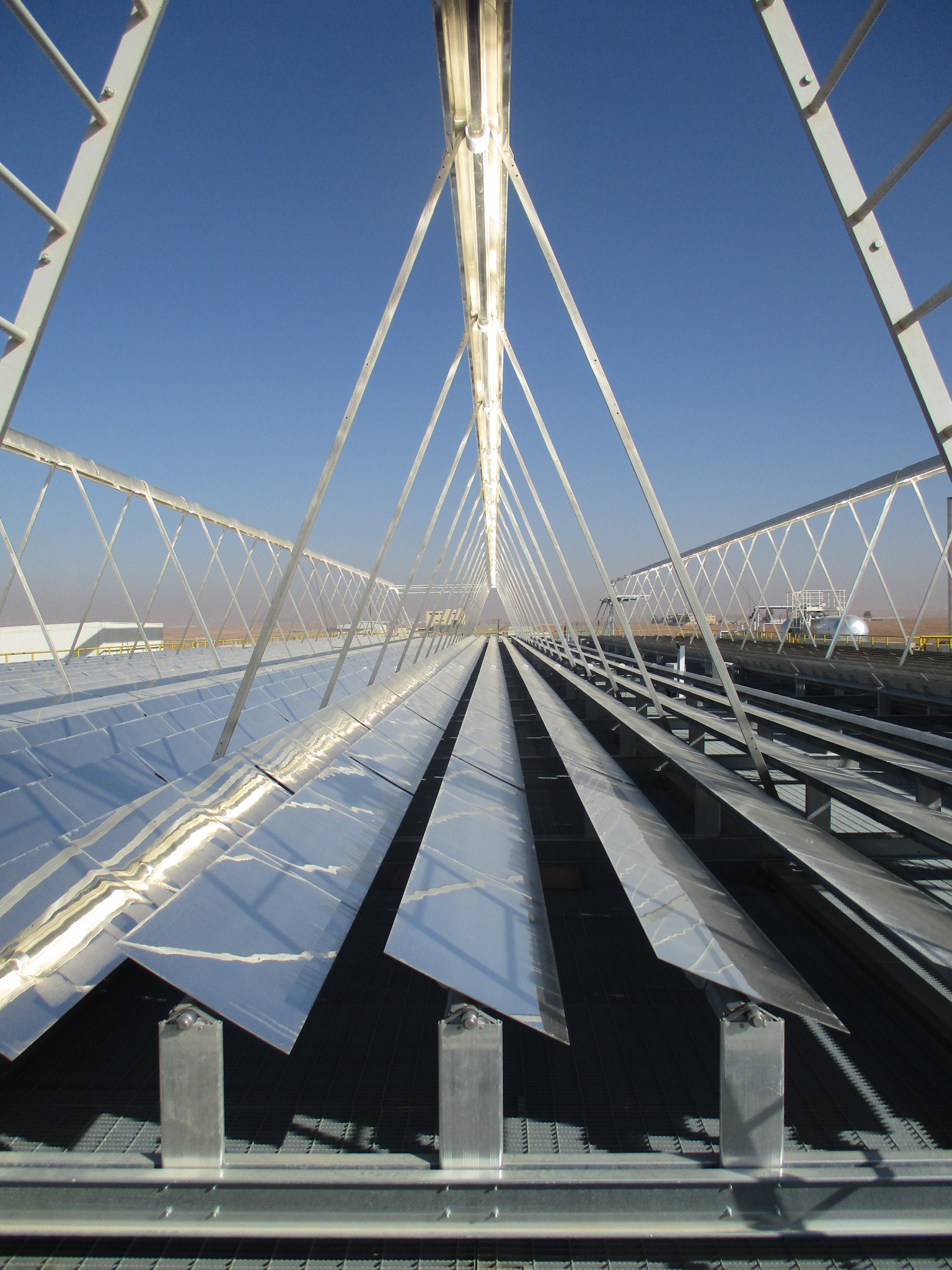 Process heating accounts for more than 60% of the total industrial energy demand. The heat is commonly provided by boilers combusting fossil fuels.

Japan Tobacco International (JTI), operating in Jordan since 2013, decided to significantly reduce its carbon footprint by using solar steam generation to cover its thermal energy demands and convert a part of the solar heat into cold. This is the first system worldwide providing both solar steam and solar thermal cooling to a factory.

The major components of the system are: (A) the solar collector field, (B) a steam drum and (C) an absorption chiller that converts heat into cold. The installation was provided by Industrial Solar GmbH (Germany). 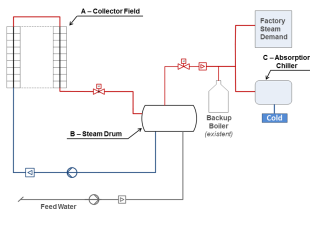 Different from photovoltaic panels, the solar thermal collectors do not provide electricity but convert the sunlight directly into heat, which is absorbed by a fluid and then transferred for the process where heat is needed.

The Fresnel collector is a linear concentrating solar technology. The uniaxially tracked primary mirrors (1) and the secondary mirrors (2) focus the irradiation onto an absorber tube (3). The heat is absorbed by the flowing fluid and transferred to the industrial production processes.

The diagram above shows a system sketch. Water is pumped through the collector field and it partly evaporates due to the concentrated solar irradiation. Afterwards the fluid enters the steam drum, where steam accumulates at the top and water at the bottom.

The produced steam is conducted to JTI’s steam network where a part of it is used to supply the absorption chiller to produce cold. The water is continuously recirculated through the collector field.

The steam drum also provides one hour of storage that compensates for short variations in the solar irradiation due to clouds. The already existing boiler automatically produces steam when the sunshine available is not sufficient.

When steam is released to the factory, feed water is pumped into the steam drum to keep the mass balance.

The Fresnel collector is responsible for concentrating the incident solar energy into the absorber tube. The 11 rows of primary mirrors have high reflectivity and are slightly curved to provide a good optical performance. The absorber tube is composed of a metallic pipe encapsulated by a glass vacuum tube, which increases the thermal efficiency of the system.

Every mirror is positioned and optimised to track the sun throughout the day using high-standard automatic drives. 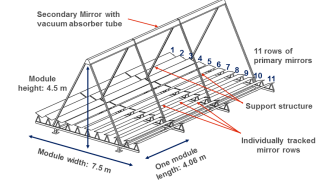 ✓ Modularity and flexibility of the system permitting the design and control of the heat production according to varying customer demands;

✓ A lightweight system possible to be installed on factory roofs;

✓ Smaller area for a same-power output, compared to other solar concentrating technologies;

✓ Easy maintenance due to individual access to the collector rows and self-cleaning position in rainy days.

The steam drum is an insulated vessel that receives the steam produced by the Fresnel collectors and the residual water that has not evaporated. The accumulated steam at the top of the vessel is discharged by a control valve to JTI’s steam network. The hot water at the bottom is recirculated to the Fresnel collectors. This reservoir runs at a higher pressure and temperature providing up to one hour of storage, compensating for fluctuations in the demand or eventual shading in the collector field. 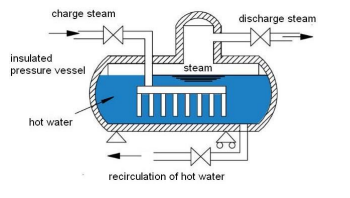 The direct solar steam generation system installed at JTI provides heat at the specified pressure and temperature, to be used directly in the factory. The seamless integration to JTI’s network is obtained with the help of the steam drum which accumulates and regulates the pressure and flow. The existing backup boiler is automatically integrated with the steam drum flux and provides additional steam, when needed. 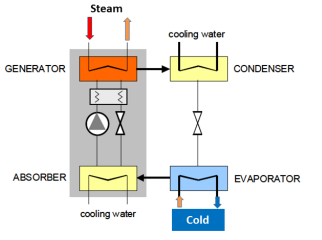 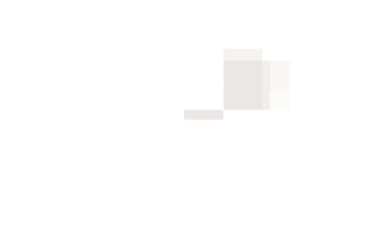